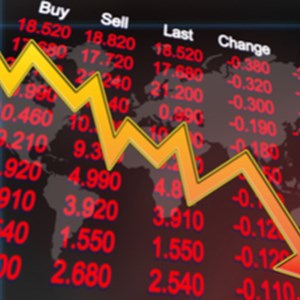 After analyzing the top three breaches from the past three years, Bitglass found that in the aftermath of a data breach, a decrease in stock price was a notable repercussion identifiable for publicly traded companies.

The report, Kings of the Monster Breaches, identified the extensive damage done by improper security by looking specifically at the Marriott breach of 2018, the Equifax breach of 2017 and the Yahoo! breach of 2016. These top three breaches had a widespread impact on individuals, with a reported mean number of 257 million individuals directly affected by each breach.

Research also showed that these breaches have cost an average of $347 million in legal fees, penalties and remediation costs. “Marriott uncovered the breach while seeking GDPR compliance; the company is now being fined $912 million under the regulation,” the report said.

The top breaches resulted from outside attackers employing phishing campaigns, using malware or exploiting technical vulnerabilities, which was the case for Equifax. “Through this vulnerability, hackers were able to access sensitive data such as Social Security numbers, credit card numbers, full names, dates of birth, and home addresses. It took roughly two months for the breach to be discovered. The company’s CSO, Susan Mauldin, and CIO, David Webb, retired immediately after the security lapse had been announced,” according to the report.

Publicly traded companies suffered an average drop of 7.5% in their stock values and a mean market cap loss of $5.4 billion per company, and it reportedly took 46 days, on average, for those stock prices to return to their pre-breach levels. To date, the stock price of Equifax has not yet recovered.

“The largest breaches over the past three years have caused massive and irreparable damage to large enterprises and their stakeholders around the globe,” said Rich Campagna, chief marketing officer of Bitglass.

“This should serve as a stark warning to organizations everywhere. If massive companies with seemingly endless resources are falling victim to external attacks, then companies of all sizes must remain vigilant in their cybersecurity efforts. It is only by taking a proactive approach to security that breaches can be prevented and data can truly be kept safe.”