Gene therapy is currently being used for developing strategies to treat a variety of genetic diseases. It has come far in recent years and is a fast becoming a promising technique for many people with incurable diseases.

It is a very powerful technology that enables scientists to manipulate DNA more easily than ever before. CRISPR-Cas9 is one of the most popular current examples of this method of genome editing.

But, as you can imagine, not everyone is excited about this rapidly developing field.

What is gene editing?

Genome editing (also known as gene editing) is a group of technologies that provide scientists with the ability to manipulate an organism’s DNA. Using this technology, genetic material can be added, removed or altered at particular locations in a genome.

CRISPR-Cas9 (or Clustered Regularly Interspaced Short Palindromic Repeats – CRISPR-Associated Protein 9 to give it its full name) is one of the most common techniques being used in this field.

“The CRISPR-Cas9 system has generated a lot of excitement in the scientific community because it is faster, cheaper, more accurate, and more efficient than other existing genome editing methods.” – Medium.com.

A gene is an instruction, written in the language of DNA code, which has four chemical letters  or bases (nucleobases): –

These nucleobases tend to form up in pairs in a particular predictable pattern. Each A is always paired with a T, and each G always with a C.

Scientists can determine the exact sequence by using a technique called DNA sequencing to reveal the order of these base pairs.

The genetic code is the set of rules in which information is encoded in genetic material. This can be in either a DNA or RNA sequence which are later ‘translated’ into proteins (amino acid sequences) in all living cells.

In this sense, we can safely say that DNA is indeed coded. Not only that, but it carries a vast amount of information about an organism and its past.

Contrary to popular belief, scientists are now beginning to understand that what was previously thought of as “junk” DNA is actually of vital importance to the living organism.

For gene editing, it’s not just the DNA that is important. Enzymes that function in cells to copy, cut and join DNA molecules have also been exploited as key tools for developing revolutionary new techniques in molecular biology.

Applications include the cloning of genes and expression of their proteins, and mapping the location of genes on chromosomes.

How is Crispr used?

“CRISPR-Cas9 was adapted from a naturally occurring genome editing system in bacteria.” – Quizlet.com.

‘In the wild’ these bacteria capture snippets of DNA from invading viruses. Using this captured genetic material, the bacteria proceed to create genetic-code segments known as CRISPR arrays.

This strategy allows the bacteria to use the CRISPR arrays to “remember” the viruses (or closely related ones).

“If the viruses attack again, the bacteria produce RNA segments from the CRISPR arrays to target the viruses’ DNA. The bacteria then use Cas9 or a similar enzyme to cut the DNA apart, which disables the virus.”  – Quizlet.com. 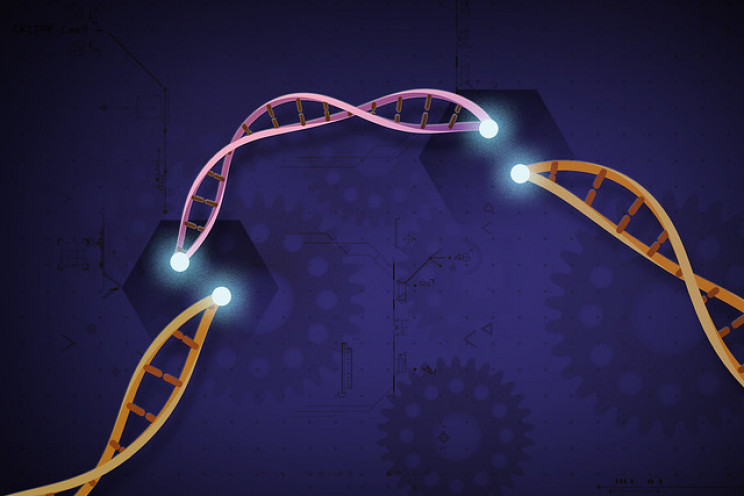 The CRISPR-Cas9 system works more or less the same in the lab. Researchers create a small piece of RNA with a short “guide” sequence that attaches (binds) to a specific target sequence of DNA in a genome.

The RNA also binds to the Cas9 enzyme.

As in bacteria, the modified RNA is used to recognize the DNA sequence, and the Cas9 enzyme cuts the DNA at the targeted location. Although Cas9 is the enzyme that is used most often, other enzymes (for example Cpf1) can also be used.

Once the DNA is cut, researchers use the cell’s own DNA repair machinery to add or delete pieces of genetic material or to make changes to the DNA by replacing an existing segment with a customized DNA sequence.

It has many exciting applications including the potential for finally defeating cancer.

What is gene splicing used for?

As we have seen, genes are DNA sequences that code for protein. Gene-splicing is a form of genetic engineering where specific genes, or entire gene sequences, are inserted into the genome of a different organism.

Using gene-splicing techniques, things like vaccines can be produced.

For example, by using DNA from a harmful virus and splicing them into the genome of a harmless strain of bacterial strain.

This protein can then be introduced into an individual by injection, which will elicit an immune response. When a person is infected with a virus by natural exposure, a rapid immune response can be initiated due to the initial inoculation.

Another application of gene spicing technology is related to the gene involved in vitamin B production. The specific gene can be removed from a carrots genome and spliced into the genome of rice.

By doing this, the genetically engineered recombinant rice strain is modified to produce vitamin B! 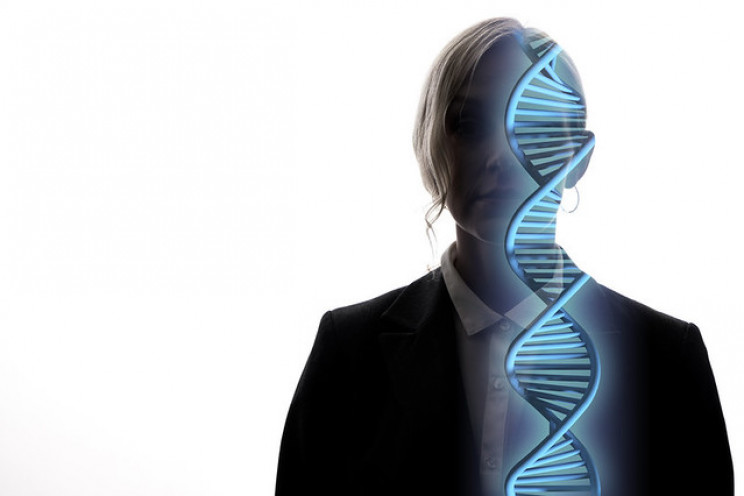 This can have many health-related benefits, particularly in third world countries that rely on rice as a major food source and do not have access to other food sources rich in vitamins.

Gene splicing technology, therefore, allows researchers to insert new genes into the existing genetic material of an organism’s genome so that entire traits, from disease resistance to vitamins, can be copied from one organism and transferred to another.

In DNA splicing, one organism’s DNA is cut apart and another organism’s DNA is slipped into the gap. The result is recombinant DNA that includes features of the host organism modified by the trait in the foreign DNA.

It’s simple in concept, but difficult in practice, because of the many interactions required for DNA to be active.

Interesting past examples include using spliced DNA to: –

– create a glowing bunny rabbit (as you do),

– to breed a goat whose milk contains spider silk, and;

DNA and genetic functions are very complex and are limited to a point, not least by their future potential ethical implications. For example, it is unlikely we will ever be able to create a giraffe with elephant tusks – but it has other clear benefits that will only accrue as time passes.

How much does Crispr cost?

According to a report published on the İndependent, the cost of CRISPR treatments ranges from about $500,000 to $1.5 M.

Over a lifetime, drugs like Nusinersen (used to treat spinal muscular atrophy) can be even more expensive. Estimates are $750,000 in the first year followed by $375,000 for each subsequent year for life.